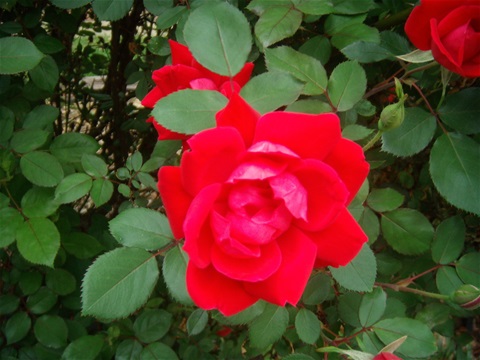 The second chapter of Genesis gives us another synopsis of the formation of the world, with more detail regarding the creation of man and woman and their placement in the Garden of Eden, mankind's first earthly home.  In Genesis 2:7 it states that man was formed from the dust of the ground:

"Then the Lord God formed man of the dust of the ground, and breathed into his nostrils the breath or spirit of life; and man becomes a living being."

The Amplified bible has a footnote on this verse which tells us that "the same essential chemical elements are found in man and animal life that are in the soil." 1 (see Notes)  Genesis 1:24 spiritually corroborates this scientific fact:

Unlike the animals, however, God himself breathed the spirit of life into man, and it was then that man became a living being.

So man, a single being formed in God's own image and likeness, was placed in the Garden of Eden to tend and keep it.  In Genesis 2:18, God notes that man, this single being, was incomplete alone, and goes on to say that He would make for him a helper that would be "suitable, adapted, completing for him."  Within this "completed" state, mankind would also possess the ability to reproduce.  The Hebrew word for "help" in this verse, as it pertains to woman, is azar.  It is also found in Psalm 46:1, where God Himself is described as "a very present and well-proved help in trouble."  This gives us a very clear meaning of what God intended Adam's woman to be:  very present, meaning always there should he need her, and well-proved, meaning able, capable, and consistent in the quality of her help to him.  Dake's footnote on Genesis 2:18 describes woman as "a help suitable to man intellectually, morally and physically -- as his counterpart."  2 (see Notes)

1 Corinthians 11:9 references Genesis 2:18 in the Amplified Bible.  It clearly tells us that God created woman "on account of and for the benefit of" His creation, man, the male couterpart of mankind.  God intented women to be fully-developed creatures in every way, just as He did men; but when a woman enters a marriage relationship, the primary use of her assets -- physical and intellectual -- becomes one of completing the union with her husband; of being for him whatever is necessary in terms of support, in order to complete their entity as a couple.  A wife's barometer for anything and everything she undertakes, from the smallest commitments to large choices and decisions, must always be the effect it will have on her husband and family:  physically, emotionally and spiritually.  Her primary purpose here on earth is to aid and assist her husband in their journey together; to work together with him towards common goals, rather than independently of him.  A wife is vital to her husband and to their success in functioning as a single, whole unit of mankind.

A woman need not feel as though she is giving up a part of herself or her freedoms of choice by getting married.  On the contrary, this is the fundamental role God intended for women, and all of His children, both male and female, function best when they live within God's parameters.  A wife's role is important.  The Hebrew word azar, in having been used to describe God's help to man in Psalm 46:1, Psalm 37:40 and Genesis 49:25, is indicative of its importance.  It also clearly shows Jesus' example of our spirit of servitude towards one another, as He was Himself to us, and an overall characteristic of being "broken and spilled out;" in other words, our own selfish needs and desires are put aside, and we choose instead to live lives as God would have us do.  The reward is that, when we do, we give God license to work in our lives and the success we achieve is much more profound than if we had followed our own ambitions.

In order to make the role of wife a smoother and easier one to take on and maximize, however, it's important that a woman choose the right mate for a marriage partner: one that she can admire, respect in every way, and trust implicitly with the role of leader in their household and family.  As a leader, it's important to a woman's well-being and that of her future children that her husband be a loving, kind-hearted man and not a tyrant.  She also needs to be spiritually mature, with a clear assessment of who she is as well as her strengths and capabilities.  This is so that she might choose for a husband a man for whom she will be a good "completion," and where she will be happy, content and fulfilled in assuming the role.  A spiritually and emotionally mature woman who makes the mistake of marrying a man who does not complement her, and vice versa, will have difficulty at best in maintaining happiness and peace in her marriage and her heart.  God can and does step in to heal adverse situations when one asks Him in faith, but the right match at the outset is the best foundation for a couple's prosperity in all areas of life.  It spares a husband and wife the exorbitant time and energy required to repair a broken relationship, and a wife the always futile attempt to change her husband.  A good union gives a couple harmony and potency to be the best they can be, both as individuals and together as a couple.