"She rises while yet it is night and gets spiritual food for her household and assigns her maids their tasks." Proverbs 31:15 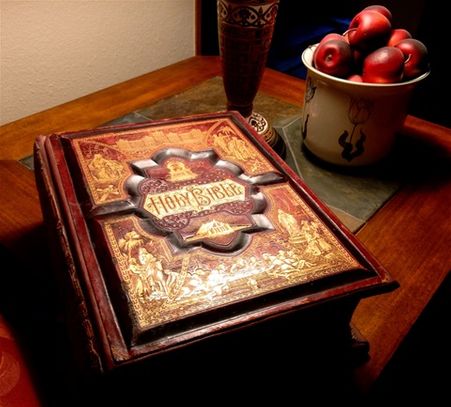 The King James version translates Proverbs 31:15 this way:  "She riseth also while it is yet night, and giveth meat to her household, and a portion to her maidens."  It translates spiritual food as "meat."  This is the good portion, the real stuff of life, as Jesus referred to regarding Mary of Bethany in Luke 10:38-42:

"Now it came to pass, as they went, that he entered into a certain village: and a certain woman named Martha received him into her house.

And she had a sister called Mary, which also sat at Jesus' feet, and heard his word.  But Martha was cumbered about much serving, and came to him, and said, "Lord, dost Thou not care that my sister hath left me to serve alone?  Bid her therefore that she help me.'

And Jesus answered and said unto her, 'Martha, Martha, thou art careful and troubled about many things:

But one thing is needful:  and Mary hath chosen that good part, which shall not be taken from her.' "  (King James)

The King James tells us that the Proverbs 31 woman gives a portion of this "meat" -- spiritual knowledge, the Word of God -- to her maidens.  She imparts wisdom and strength,  again, the undergirding, to all those within her household, for she knows this is essential for each member's effectiveness and to maintain peace and order in her home.  Everyone is to be of one mind and spirit.

On a more superficial level, we can look at this verse as it applies to the actual workings of her home -- the daily schedule of tasks and duties which make up the "meat" of running an effective household where she is at the helm.  She assigns tasks to her maids, their "portion" of the overall work schedule, which she has prepared before he family's day begins; i.e., "while yet it is night."  Dake's tells us in a footnote to this verse that "she is loving, and considerate of all her household." 1 (see Notes)  A wife and mother who truly cares for her family's well being will, on a daily basis, be certain that schedules are laid out beforehand and details of each day well-prepared.  She will take those extra moments early each morning or late at night, even possibly foregoing some extra rest, to take care of yet another necessary item.  The Proverbs 31 woman works to avoid last-minute hassle and strife in the start of her family's day, to send them off in peace without rush.

This is in keeping with living an orderly, organized life based on a foundation of godly wisdom, as it says in Proverbs 24:3,4:

"Through skillful and godly Wisdom is a house [a life, a home, a family] built, and by understanding it is established [on a sound and good foundation].  And by knowledge shall the chambers [of its every area] be filled with all precious and pleasant riches."

Such makes for a better-run and thus more peaceful household for her and her family.  By her daily manner of living -- her chaste "conversation," or demeanor, which Peter refers to in his teaching to Christian wives in 1 Peter 3:1 -- even her maids learn of God's ways as they observe how she handles situations that arise, and her manner of dealing with others, both within their household and without.  Her motivation is one of love; that in being an example to others, she helps them learn to live better lives.  It's evident in studying Paul's epistles in the New Testament that God would have every Christian evangelize the world in much the same way:  showing the veracity of the Gospel of Jesus Christ through agape love and good example in our dealing with others.

In getting "spiritual food" for her family, she also teaches her children how to behave and how to live godly lives.  She imparts meaningful, accurate spiritual truths which, when followed, will make their lives free from pitfalls and abundant in every way.  This woman gives her children useful, quality spiritual knowledge, filled with substance and truth.

Proverbs 31:15 tells us that she rises "while yet it is night," which we can assume means before anyone else is up and about.  Here again, she prepares ahead of time, even literally prior to dawn if necessary, for the activities, events and needs that her family has in its schedule for the day.  Not only does she plan her day during this time, but most likely spends some personal time in prayer and study for her own growth and strength, in order to face the day's requirements with confidence.  Here is the source of the "spiritual food" she imparts to others.  The psalmist King David said, "O God, thou art my God; early will I seek Thee (see Psalm 63:1, King James), when the world was not yet stirring and the distractions of the day not yet begun.  The Proverbs 31 woman does so and rises first, for she is her family's daily foundation.

As the Proverbs 31 woman is to be her family's, and her household's, underpinning stability and calm, she recognizes that this can only come from unshakeable faith in God and knowledge of His Word.  If and when her family goes through a time of crisis or adverse circumstances, she is there for them as a "life-preserver" until the storm passes.  She has faith in God; she has prayed for deliverance; she therefore knowingly possesses the "peace ... which transcends all understanding" (see Phillipians 4:7).  She can readily be the rock that her family looks to for daily support and comfort.