"She fears not the snow for her family, for all her household are doubly clothed in scarlet." Proverbs 31:21 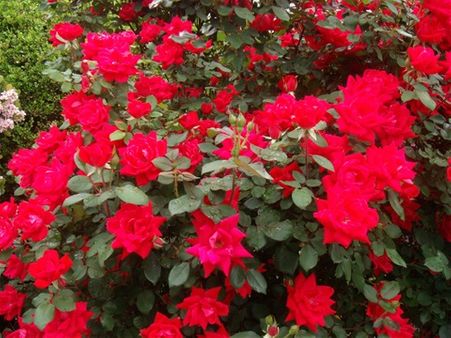 This is a rich verse.  Its surface meaning tells us that her household is prepared for the winter season as well as any tempests, crises or adverse conditions, for the Proverbs 31 woman has seen to it that they are amply provided for in terms of protection in the natural world.  But there is so much more!

The Amplified Bible references two verses for study related to verse 21.  The first is Joshua 2:18,19 which we find in the midst of the story about Rahab, who assisted in the escape of Joshua's men from Jericho after they had come in to spy out the land.  The men in turn promised to spare her household when they came back to take the land by force.  They instructed her to bind the scarlet cord -- the one she used to help the men escape -- to her window.  This would be the sign that this household was to be spared when Jericho came under siege.  As long as the members of her dwelling remained inside, under the "covering" of the scarlet cord, she had the word of Joshua's men that they would not be harmed.

The Amplified Bible explains in a footnote that, "What the blood on the doorposts, on the first passover night in Egypt, was to the houses of Israel (Exodus 12:13), the scarlet cord in the window was to the house of Rahab." 1 (see Notes)  The angel of death "passed over" those houses in Israel, just as the men of God would pass over Rahab's house when they returned to take Jericho.  What is significant is the cord's color of scarlet, just as the blood of the Passover lamb.  When the Proverbs 31 woman states that her household is clothed in scarlet, or "doubly clothed" as the Amplified states -- implying more than ample covering -- she knows that it is God's divine protection that blesses and keeps her household.

We can see here that Joshua 24:15 -- "...as for me and my house, we will serve the Lord" -- was one of the buildiing blocks of the scriptural foundation upon which the Proverbs 31 woman's household was grounded.  She could depend on it in times of trouble.

The second verse which the Amplified Bible gives us as a related verse for study is Hebrews 9:19-22.  Here, the writer of Hebrews is referencing Moses' reading of the Law to the Israelites, and his sprinkling of the Book itself and the people gathered there with the blood of slain calves and goats (mixed with water and soaked in scarlet wool).  This would seal and ratify the covenant that God had made with His people.  With the shedding of blood, there is release from sin and its guilt, and remission of its due and merited punishment.  It was under this protection -- God's Word and Covenant -- that the Proverbs 31 woman and her family lived.  It rendered her fearless in the face of any threatening circumstances.

As the shedding of animals' blood atoned for sin in the Old Testament, Christ's shedding of blood on the cross atoned for the sin of all who would believe in Him under the covenant of grace.  Under the new covenant through the blood of the Lamb of God, Jesus Christ, we have the same promise and assurance -- one of eternal life.  We are "doubly clothed" in scarlet -- Christ's atoning blood.