"Her husband is known in the city's gates, when he sits among the elders of the land." Proverbs 31:23 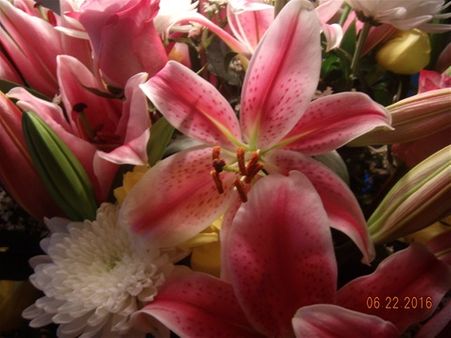 The "city's gates," or the "gates," refers to the public forum.  It is the place where political and business leaders met to discuss issues, and where local court sessions were held.  It is loosely equivalent to our city halls or public courts, i.e. the local government seat.   In this verse, we learn that her husband is not only included, but he is set apart, or "known."  He is familiar to local officials, business owners, and other respected persons of the area in which he and his family live.  (Elders, in this verse, refer to those with wisdom and discernment who would presumably be community leaders.)

Since the matter of a husband's respect from others is mentioned in this chapter of Proverbs which deals with a wife's character -- specifically, a wife fit for a king -- there is a strong implication that a husband's reputation weighs heavily upon, and in some ways may even begin with, his wife.  Even if a husband isn't a godly man, his wife's influence upon him is great:  through her demeanor, her example to him, and her prayers (see 1 Peter 3:1,2).  And just as God has said that a woman is a reflection of man's (her husband's) glory (1 Corinthians 11:7), if a man's wife is sound and sure, she lends her husband credibility.  This gives him room for "benefit of the doubt" if his character needs development in some areas.  If he truly is a sound and wise man himself, then a wife of strong moral fiber and wisdom is a proof of his character.  By contrast, if a man is godly and wise but his wife is lacking in discretion and leaves a less than desirable impression on others, then her husband's judgment will come into question: how wise can a man be if he would marry an indiscreet woman?

The Amplified Bible references Proverbs 12:4 after this verse, which clearly illustrates this point.  It reads:

"A virtuous and worthy wife -- earnest and strong in character -- is a crowning joy to her husband, but she who makes ashamed is as rottenness in his bones."

"Rottenness in his bones" is a strong statement.  Such a wife destroys her husband from his very core.  The destruction is not merely superficial; it is instead from the inside out, affecting his life and his very being.  The Proverbs 31 woman understands this and acts accordingly, so that her husband might always be proud of her, and have no fear of repercussions that might stem from unseemly behavior on her part.  She is ever aware of the effect which her words and actions have upon her husband's life.